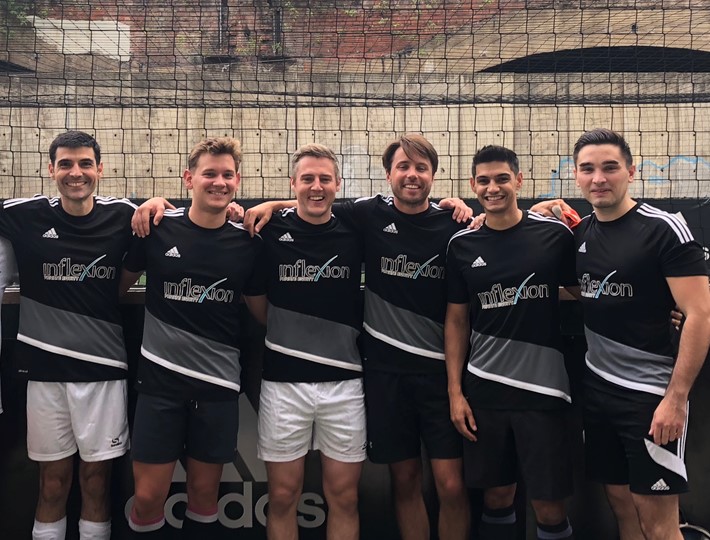 Outside of work, George is a longstanding member of the Inflexion football and tennis teams.

Inflexion has a unique culture, defined by ambition and drive but also humility and teamwork.

As Director of Strategy and Implementation, George supports the Managing Partners with Inflexion’s strategic direction and the co-ordination of internal strategic initiatives.

George joined Inflexion in 2015, spending five years working in the investment team where he was involved in our investments in Auxadi, Ocorian, Succession, Reed & Mackay, THE and Global Reach Group. He currently represents Inflexion on the board of Ocorian. He was a large part of the team behind Inflexion’s dual fundraise in 2018, securing £2.25bn across Inflexion’s Buyout Fund V and Partnership Capital Fund II.

George is a long-suffering Arsenal supporter and regularly plays 5-a-side himself. He also enjoys playing golf and tennis, as well as being an enthusiastic cook.

He has a first class degree in Economics from the University of Exeter.