Carve-outs aren’t for the faint-hearted. From managing the people side of it to unpicking integrated IT systems, it’s a risky endeavour – but one which can transform orphaned assets into independent businesses of scale, if done correctly.

However, as such companies grow, some aspects may be overlooked. Here is where private equity firms can play a role: taking a once-loved but later orphaned or neglected brand or business unit and carving it out of its parent to give it the TLC it needs to shine again.

Inflexion has a long track record of supporting carve-outs, most recently with Times Higher Education. The university rankings business had grown impressively under its parent TES Global, but aspired to go further with the right backing, so Inflexion led the buyout of the division in March 2019. It was a similar story at law firm Bedell Cristin, which contained a gem of an administrator, recognised by Inflexion because of its then-recent and very relevant success with Sanne Group, now publicly listed. Inflexion worked to carve-out Ocorian, which has since gone on to complete four value-enhancing acquisitions, and more recently announced Estera in August, creating a business with 1,250 employees servicing over 8,000 clients globally.

Such undertakings are complex at the best of times, and the story of British Engineering Services’ (BES) carve-out from Royal Sun Alliance (RSA) illustrates this.

The Manchester-based company is a provider of premium quality engineering testing, inspection and consultancy services whose customers benefit from state-of-the-art technology and online reporting systems. In late 2015, Inflexion worked with management to help carve it out from the Commercial Insurance division of RSA.

CEO Stewart Kay was introduced to a number of investors prior to choosing to work with Inflexion. “We met around seven or eight private equity firms who were all very interested in buying the business, but Inflexion came at it differently. While the others sent in a large number of people who mostly talked about themselves, Inflexion sent just two people who were clearly genuinely interested in our business. Prior to gaining exclusivity, they pulled together a sizeable pack talking about ambitions for the business and details for the carve-out, whereas others had a one or two-page plan.”

Shortly after the investment was agreed with Inflexion, Richard Houghton, former CFO of techenabled business processing specialist Xchanging, was appointed as Chairman, sourced from Inflexion’s network. “When I arrived, there was a legal agreement in place to carve the business out with a timescale of approximately six months to do the bulk of the work, including the transfer of staff and clients into the newco,” Richard explains. “We also needed approval from the FCA as we were undertaking some regulated activities. We needed to start from scratch in areas such as finance, HR and supplementing the management team.

One of the challenges you have in a carve-out is trying to attract new management talent despite not yet having a company established. You often end up taking people on board as contractors and asking them to trust you that the carve-out will actually happen.

Despite the challenges, the business ploughed ahead with strategic development and growth even as the carve-out was underway. Early on, Inflexion seconded a member of its staff to work with the BES team on evaluating an acquisition. Richard explains: “We didn’t have the bandwidth at such an early stage to focus on acquisitions, but having some Inflexion resource helped us to get it over the line.” Richard was referring to Nortest, a Salford-based business which carries out non-destructive testing, positive material examination and welding certification services. The business was acquired shortly after the carve-out, allowing BES to thrive as an independent entity very early on.

Another acquisition was also considered but ultimately Inflexion’s investment committee decided not to pursue it. “With the benefit of hindsight, I think this was probably the right decision for BES. This showed us that Inflexion could provide insight into what acquisitions not to undertake as well as helping us with add-ons,” Richard says. The experience and expertise gleaned from Inflexion on assessing such opportunities meant the management of BES were able to lead a second add-on acquisition themselves in-house. “They have challenged us, but not put any additional pressure on the business,” Stewart says of the nearly five-year partnership. While still working closely together, the relationship is less intense now than it was at the beginning. Richard details:

Inflexion is now supporting us and guiding us with advice on an ongoing basis given their two board seats but there is less day-to-day involvement now we’re self-sufficient and so their input is more strategic than it was at the start.

Which may be how it should be, given the ‘big bang’ carveouts tend to entail at the outset. “Such a transaction is extremely onerous and there are risks involved,” cautions Richard, continuing, “so you need higher returns. But if you get it right, the rewards from a successful carve-out are very high.” 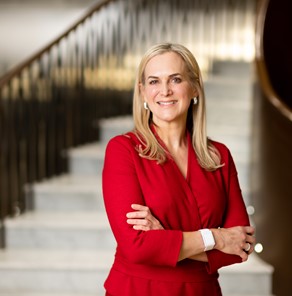 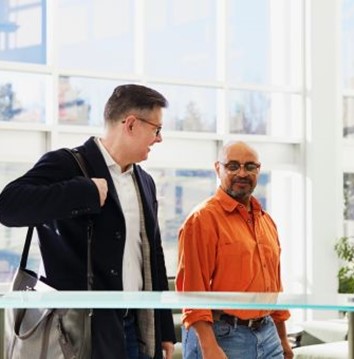