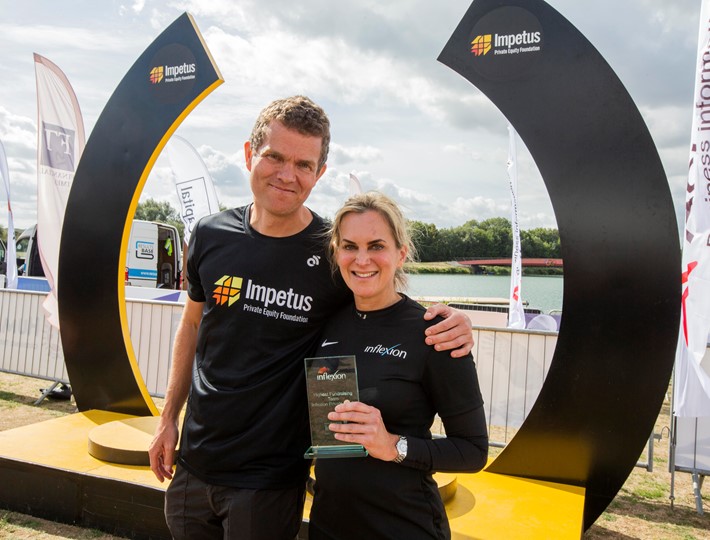 Flor was proud to lead the Inflexion Impetus-PEF triathlon team in 2018. As well as being the largest fundraiser, the Inflexion team had lots of fun training.

Inflexion has rather unique DNA: drive and ambition underpinned by a fun, down-to-earth style and an entrepreneurial approach which emphasises genuine partnerships with the management teams with whom we work.

Flor is a Partner and leads Inflexion’s Buyout Fund. She is also a member of Inflexion’s Executive Committee and Investment Committee.

Before joining Inflexion in 2011, Flor worked for five years at HgCapital, where she focused on the European services sector. Flor also spent two years at Bain & Company advising private equity clients on commercial due diligence engagements as well as two years in JP Morgan’s investment banking team in New York.

Flor has lived and worked in Buenos Aires, Argentina, New York, Philadelphia, and London. An Argentine national, Flor is fluent in French and Spanish.

She has a master’s degree in Industrial Engineering from the Instituto Tecnologico de Buenos Aires (ITBA) and is a Wharton/Lauder MBA graduate with honors from the University of Pennsylvania.