Inflexion team raises £300,000 for the Roundhouse

For the second year in a row, a group of Inflexion colleagues walked 36 miles in 24 hours ‘Round the Houses’ to raise money for the Roundhouse. Through the generosity of Inflexion’s valued network, the 26 strong team surpassed its target to raise over £300,000. The fundraising event comes shortly after The Inflexion Foundation announced a £1.5 million donation earlier this month to fund a new state-of-the-art centre to expand the Roundhouse’s site and its capacity to support young people. In total the Roundhouse raised £425,000 as part of the ‘Round the Houses’ challenge.

The Roundhouse is a charity with an objective to provide ‘space to create’ for 11- to 30-year-olds, placing a particular focus on people who have been excluded, marginalised or disadvantaged by society and working to enable them to find pathways back into education, work or simply to enjoy a wider cultural life. It is anticipated that soon there will be one million young people who will be unemployed as a direct result of Covid-19, many were disadvantaged before the pandemic and need the support of the Roundhouse more than ever. 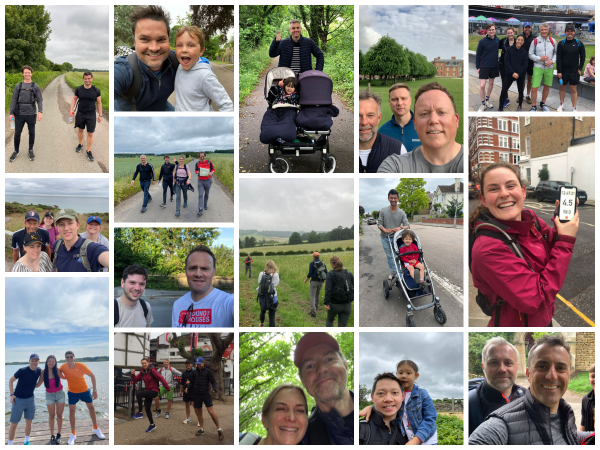 We have supported the Roundhouse for many years, and this walking challenge has become a fun, team effort to raise awareness and funds to support this excellent cause. We are very grateful to our generous network for its ongoing support, which allows the Roundhouse to continue their vital work.

The Inflexion team’s efforts to walk ‘Round the Houses’ for a second-year running has blown us away. Knowing that we have the will and dedication of the Inflexion team behind all that we do as a charity helps us to continue with our work and most importantly it helps thousands of young people who need this support more than ever. Thank you to the whole team for going the distance and raising an incredible sum of money.