Out-of-home advertising specialist Outdoor Plus partnered with Inflexion in 2016 to access digital and technology expertise whilst retaining a majority stake. The business was purchased by Global Radio in 2018, marking the first Partnership Capital exit for Inflexion and a strong result for management and investors. 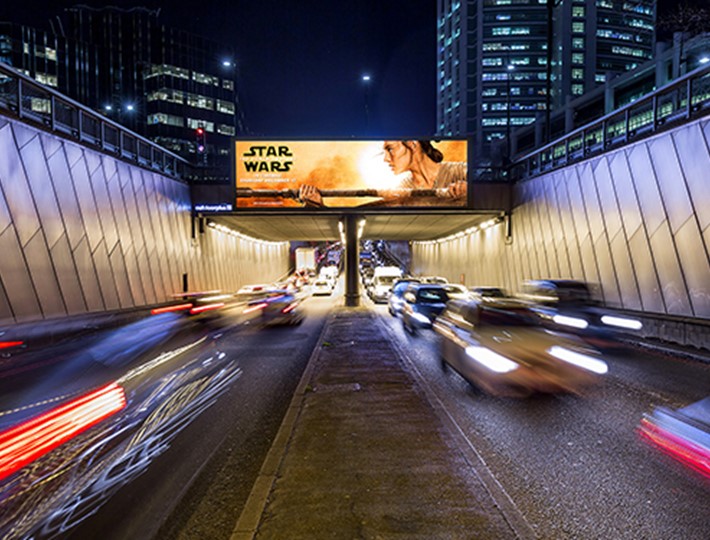 Founded in 2006, Outdoor Plus is a provider of premium digital advertising screens at iconic London locations including the Hyde Park Underpass, London Two Towers – Hammersmith Flyover, Euston Underpass and City of London Gateway. The company has grown to become a market leader with a portfolio of over 40 screens in 27 locations, reaching an audience of over 77.7 million per fortnight for customers including Samsung, Google, Jaguar and Jimmy Choo.

Following Inflexion’s minority investment in Outdoor Plus in late 2016, the business accelerated its growth in a variety of ways: 12 new premium digital sites were opened in conjunction with Transport for London with three further digital sites secured; over 30 traditional sites were converted to digital; and the business’ management and sales team was built out with Inflexion’s support.

Outdoor Plus weren’t looking for an investor, but were convinced by the prospect of a Partnership Capital deal to accelerate new site development. Additionally, our extensive technology experience through our investments in Group IMD, Mobica, and CloserStill Media, among others, made us a natural partner for Outdoor Plus. Using our extensive network, we recruited a high-calibre Chairman, Chief Financial Officer and Chief Commercial Officer.

Inflexion was an extremely supportive partner as we grew and digitalised our portfolio and strengthened the business more generally. Initially wary of taking on private equity funding, we were convinced by the merits of Inflexion’s Partnership Capital offering. It was a great pleasure working with Inflexion.

Founder and Managing Director, Outdoor Plus

Inflexion sells its stake in Outdoor Plus to Global Radio