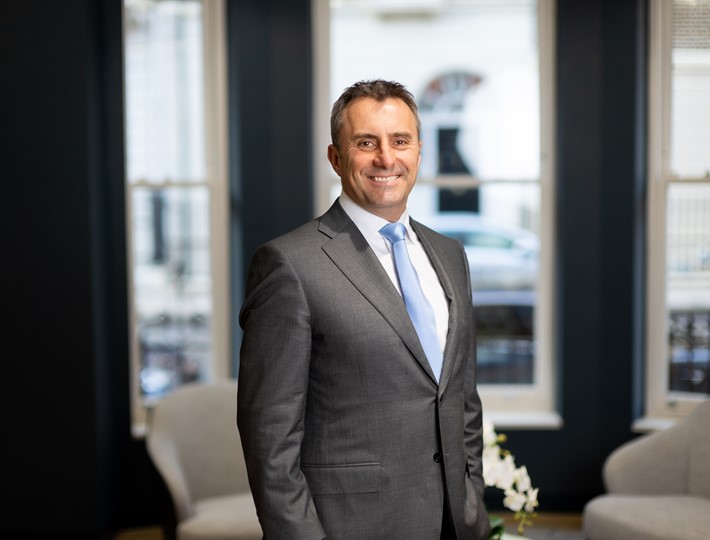 I was drawn to Inflexion by its ‘can-do’ culture and investment in exceptional people bringing a real depth of experience and expertise. Having partnered with entrepreneurial businesses for over 20 years, I appreciate working with a team with a strong, collaborative culture.

David is a Partner and leads Partnership Capital, Inflexion’s dedicated minority equity investment strategy. He is also a member of Inflexion’s Investment Committee and Executive Committee.

Before joining Inflexion in 2013, David worked at 3i where he was Head of UK Private Equity. He was a founder Partner of 3i’s €1.2bn Global Growth Capital fund, specialising in numerous successful minority investments into entrepreneurially led businesses including Foster + Partners, Hyperion and Hayley Conference Centres. Before 3i, David worked in Corporate Turnaround and Insolvency for PwC, where he qualified as a Chartered Accountant.

David is an avid football fan but despite his support, the prospect of Nottingham Forest returning to the Premiership still looks bleak.

He has a degree in Economics from the University of Bristol.

David has overseen investments in DWS, Granite Underwriting,  CloserStill Media, Radius Payment Solutions, Medivet, Lane Clark & Peacock and Mobica. He has also been instrumental in the recent successful divestments of Huws Gray (sold to Blackstone Group) and Medivet (sold to CVC Capital Partners). David sits on the boards of DWS and Radius.