In December 2010, Inflexion backed the management of employee engagement business Reward Gateway to accelerate the business’ growth. In July 2015, Reward Gateway was sold to US financial buyer Great Hill Partners, generating a 7.7x return on investment.

Reward Gateway was founded in 2006 and went on to become a leading provider of mobile-optimised SaaS employee engagement software used by corporate HR departments to attract, engage and retain their talent. The company’s services power employee benefits, recognition and communications on behalf of more than 1,100 of the world’s top employers, including American Express, Discovery, AOL and IBM. 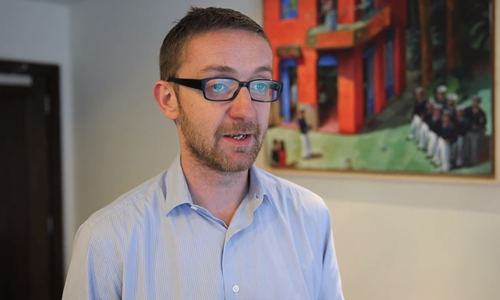 Inflexion led the £24m management buyout of the business in December 2010. We invested £12m through a mixture of loan notes and shares in return for a substantial management stake. The management team and vendors also invested.

Throughout our four-year stewardship of Reward Gateway, we worked closely with the management team to enhance the company’s product suite and expand its international reach. Reward Gateway acquired two businesses, one of which doubled the size of the company in Australia. Further international expansion saw the company open a US office in 2014 while continuing to grow market share in the UK through client retention and new client wins.

We had an amazing four years with Inflexion and we are a stronger and more successful company thanks to their support. Their backing enabled us to invest heavily in expanding the services we provide to HR and scale the business internationally.