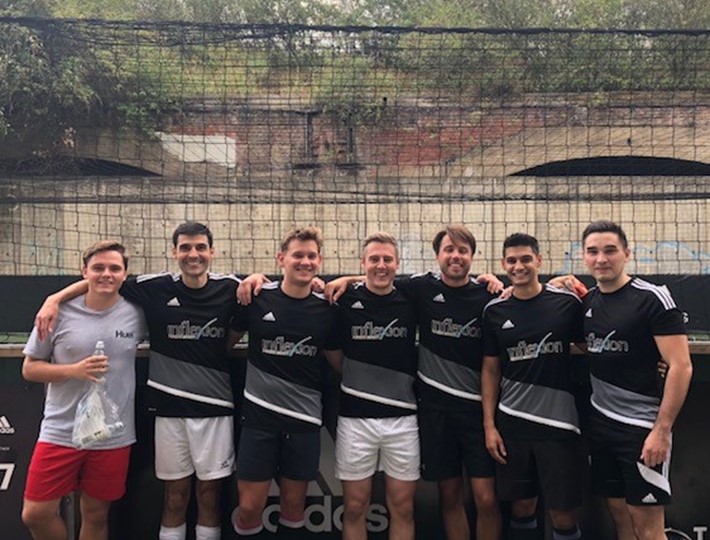 Richard is a keen footballers and a regular member of the Inflexion football team.

Inflexion has a talented team, down-to-earth culture and an exceptional value creation track record. This combination makes for a really attractive partnership with management teams who want to successfully realise their strategic ambitions.

Richard is co-head of the Industrials sector at Inflexion. He is responsible for sourcing, evaluating, and leading minority and majority investment opportunities across Europe in this sector. He is part of the team that invested in Aspen Pumps, Marley Huws Gray and led the investment in Detectortesters.

Prior to joining Inflexion, Richard spent ten years at Arle Capital Partners where he was involved in several transactions covering industrial manufacturing and energy services. During this time, he co-led the buyout of Innovia Group and its subsequent sale to CCL Industries, as well the IPO of Technogym on the Italian stock exchange.

Richard started his career at L.E.K. Consulting and worked in the London, Milan and Melbourne offices.

Richard enjoys spending time with his young family and is a keen sportsman who regularly participates in Inflexion’s charity fundraising endeavours. His formative years watching Blackburn Rovers’ golden era led to a passion for football and as an enthusiastic runner he is still trying to hit his sub-90-minute half-marathon target.

He has a first-class honours degree in Economics from University College London.