Inflexion is pleased to announce it has agreed to sell its investment in Succession Wealth, the UK’s largest independent wealth manager, to FTSE 100 business Aviva plc for £385 million. The transaction follows an eight-year partnership which saw significant M&A drive growth.

The announcement follows a record period of divestments by Inflexion over the last 12 months which includes the successful sales of Alcumus, Halo, Medivet, Reed & Mackay and Kynetec.

Inflexion backed Succession in early 2014 when the firm had £1.7 billion of assets under advice and management was looking to scale through add-on acquisitions. The business has since established a proven track-record of consolidating advice firms through its 60 acquisitions to date, making it the UK’s largest independent financial adviser with 200 planners advising c19,000 clients on £9.5 billion of assets.

Under the continued leadership of CEO James Stevenson, Succession Wealth will continue to operate as a separately regulated, independent, financial advice firm and will continue to use the Succession Wealth brand. Under new ownership the business will have the ability to accelerate growth through participating in further consolidation and from the support and substantial benefits of being part of Aviva.

The extremely capable leadership team did a tremendous job of accelerating their growth during our time together. Their incredibly ambitious rate of acquisitions was very successful, with our joint efforts in creating a platform to provide clients with a fully integrated offering key to its success. We wish them the very best for their next stage of growth.

We are very grateful for the incredible support Inflexion have been over the last six years in helping us to consolidate the domestic market and achieve the scale we have. The demand for financial advice across the entire wealth spectrum has never been greater, and the opportunity to now combine Succession Wealth's holistic financial planning expertise with the capabilities and customer reach of Aviva is hugely exciting. The Succession Wealth brand and our core independent advice proposition is fundamental in providing ongoing stability and reassurance to our existing clients and our people as we embark on this new journey as part of Aviva.

The transaction is subject to approval by the Financial Conduct Authority. 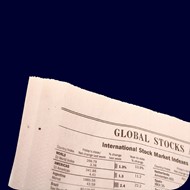