Inflexion is pleased to announce that it has sold its investment in Kynetec, a leader in agricultural and animal health market research, data and insights, to US-based Paine Schwartz Partners.  The transaction follows a nearly five-year partnership and delivers a strong return, marking the fifth exit for Inflexion funds over the past 9 months.

In 2016 Inflexion carved Kynetec out of its listed German parent GfK. The company subsequently embarked on an ambitious growth journey, with significant investment into technology and acquisitive-led growth, including the transformational purchase of Germany-based Kleffmann Group. The successful partnership with Inflexion strengthened the firm’s operations in North and South America, Asia and Europe, resulting in a global business operating in 30 countries.

We have made important progress growing Kynetec and are proud of our accomplishments since the company was founded in 2002. Just over a year ago, we took a meaningful step expanding our global footprint and capabilities with the acquisition of Kleffmann Group. Inflexion’s support made such growth opportunities possible on our journey to become a global market leader of data and insights in agriculture and animal health. We are excited to continue that journey with Paine Schwartz Partners.

We are proud to have built the global leader in agricultural and animal health information alongside an incredibly ambitious management team. During our partnership, Kynetec has seen significant acquisitive growth in both the UK and internationally and we look forward to seeing the business continue to prosper. 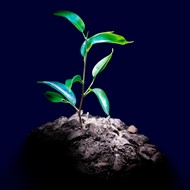