Inflexion is pleased to announce it has agreed to sell its investment in leading UK veterinary pet-care specialist Medivet to funds advised by CVC Capital Partners. The exit comes after Medivet delivered strong organic growth, coupled with significant expansion in new sites to over 350 in both the UK and Europe, and a doubling of headcount to over 3,000 during the partnership with Inflexion. The investment was made by Inflexion’s dedicated minority investment fund, Partnership Capital I.

The sale of Medivet marks the sixth divestment for funds managed by Inflexion in the last 12 months, following the successful sales of Reed & Mackay, Kynetec, Huws Gray, Bollington Wilson and Lane Clark & Peacock.

In December 2016, Inflexion provided minority funding from Partnership Capital I to support the expansion of Medivet and professionalise its operations. During the partnership, the business significantly increased its number of sites and employees through an ambitious programme of organic and M&A growth.  Most recently the company expanded into Europe with the acquisition of over 40 practices in Germany and Spain. The partnership also saw significant investment into new systems and infrastructure with the help of Inflexion’s Digital Team, whose marketing and digital expertise drove enhancements to Medivet’s customer experience. During COVID-19, Medivet quickly pivoted to video consultations as well as contactless collection and medication delivery to ensure pets continued to receive treatment. A number of senior level appointments were supported by Inflexion’s Talent Team and enabled a planned succession away from the founders.

Medivet’s growth illustrates what an ambitious business can achieve with the right support. Medivet’s clinics benefit from access to the very best teams, technology, and customer service to deliver exceptional care for their pets and clients. The high level of pet-care they offer now stretches across the UK and into Europe after an impressive acquisitive expansion programme and we wish them the best for the coming years.

Inflexion has been the perfect partner for Medivet as the business has accelerated its UK expansion both organically and via acquisition and expanded overseas. Their capital and support has helped Medivet to strengthen its leadership team and grow the businesses materially in the UK as well as enter Germany and Spain. Their support has been invaluable on our growth journey. 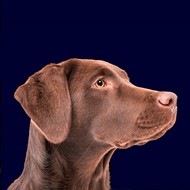