The transformational acquisition will significantly increase Huws Gray’s store base and broaden its national presence, making it the UK’s largest independent builders merchants.  Like Huws Gray, Ridgeons has a strong focus on the growing repair, improvement and maintenance segment, as well as a large and diversified customer base of over 16,000 clients. The transaction is the fifth acquisition made by Huws Gray in less than six months.

The acquisition of Ridgeons represents a real milestone for our company as we become the largest independent builders merchants in the UK.  Ridgeons is an excellent business with a genuine leadership position in its region and is a perfect addition to Huws Gray’s growing footprint.  We were struck not only by the strength of the company, but also by the considerable similarities between our cultures and management style.

Our priority was to find a new owner for Ridgeons with the same culture and values. We are confident that in Huws Gray we have found a like-minded owner who will further strengthen the Ridgeon brand and continue to build on the success of the past 107 years.

We are delighted to support this transformational acquisition for Huws Gray.  The transaction creates a leading business of significant scale in the builders merchants market.  We look forward to continuing to support Huw Gray’s management team as they execute their ambitious expansion plans.

This investment was made by affiliated funds advised by Inflexion Private Equity Partners LLP. 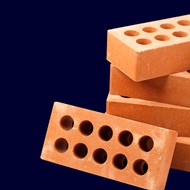