Inflexion Private Equity is pleased to announce the completion of the management buyout of Bedell Trust, a leading, award-winning, corporate, fund and fiduciary administration company.

Bedell Trust has over 250 employees and operates from Jersey, Guernsey, London, Luxembourg, Dublin, Singapore, Mauritius and Cayman. It has grown rapidly both organically and through acquisition and enjoys a reputation for being one of the highest quality operators in the Channel Islands.

Simon Turner, Managing Partner at Inflexion, commented: “We are delighted to be backing the management buyout of Bedell Trust, a company which has built a strong reputation for client service excellence across its international operations. The Bedell team have ambitious plans for future growth and we’re looking forward to supporting further acquisitions in this fragmented global market. We know the sector well, not least through our Partnership Capital investment in Sanne Group plc, which we exited last year when we successfully listed the company on the London Stock Exchange.”

Nick Cawley, CEO of Bedell Trust commented: “We are delighted to be partnering with Inflexion, who have a compelling background in supporting the strategic aspirations of financial services sector businesses similar to ours and we are confident that we are working with the very best partner.”

The Inflexion transaction team was Flor Kassai, Richard Swann, Edward Fraser and George Collier. Richard and Flor join the board as non-executive directors.

The management buyout of Bedell Trust follows a busy period at Inflexion having invested in Reed & Mackay in August and backed its portfolio company, GRP’s, acquisition of FC Exchange in the same month. 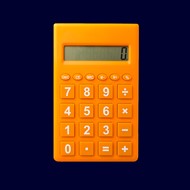