The industrials sector has been hit hard by inflation. Opportunities for the future will involve putting people and planet at the core of businesses, with tech poised to help with both according to Paul Lester CBE, who chairs a variety of public and private businesses in the sector. Paul previously chaired Inflexion’s portfolio company Marley which was sold to Marshalls in May 2022 after a period of strong growth.

Accounting for 51% of the UK’s total exports and 2.5 million jobs, the sector is a very significant part of the economy. So the threats to it – namely inflation – matter a lot. Fortunately, there are lots of opportunities facing the sector in the near- and medium-term as well.

Inflation is a major challenge, brought on by a confluence of Brexit, the pandemic and now war. “One of my businesses is missing a tenth of the labour force since people left after the EU Referendum, and it’s proven very difficult to replace them,” Paul laments, acknowledging it is a similar struggle for other industries reliant on Eastern European labour, including restaurants.

Applying basic supply-and-demand economics, the upshot of a labour shortage is higher salaries. “It’s as important to keep people as it is to attract people,” Paul says, adding that they are seeing wage hikes in his businesses of 3% to 7%.

There are also issues with supply, particularly from China and so Paul envisages a shift to alternate suppliers as supply chains face increasing disruption, whether from inflation, zero-covid policies forcing workers to isolate, or war. “What’s happening will put the West onto dual source supply – it’ll be expensive in the short-run but be better in the longer-term,” he says, suggesting that firms are coming to realise that reliability trumps price, particularly as regards erstwhile reliance on China.

Wage increases are often insufficient to offset rising costs hitting households. “A number of the companies I work with are going to make a one-off payment in the autumn to look after their lower-paid employees. It’s time to look after employees as well as shareholders,” Paul says.

Other costs are also going up, with rising energy costs impacting delivery by making transportation costlier – wood alone has gone up 80% in the last two years. The end isn’t imminent, either. “Inflation is here to stay for two or possibly even three years, it will go into double figures soon before coming down to high single figures for a few years.”

Many companies, manufacturing included, are learning methods to pass these costs onto customers – but the timing matters, according to Paul. “You have to pass this on and ideally before the costs hit you, because there is a lag between putting your prices up and you getting the payment, yet you need to pay your suppliers and so your margins are threatened.” He recently chaired roof tiling specialist Marley Group and oversaw a number of price reviews over the last 12 months to smooth cashflows even as inflation bit.

Paul feels tech will have a major role to play in redressing some of the inflation fallout. “Firms have to review processes of how they use people – inflation and a tight labour market are necessitating this, and manufacturing things off-site with automation can reduce the need for manual labour.” Paul says some of his firms have continued to invest in automation to boost productivity whilst enabling humans to take on less repetitive and more rewarding tasks, which can improve employee engagement. He illustrates this with the example of Essentra, a FTSE 250 business he chairs, which has plants around the world. “One shop floor has no people and makes 4 million components per day. It’s huge, hugely impressive, and can be located anywhere since you’re just paying for the machines. The people oversee the machines to ensure it’s running smoothly, and now also work on logistics to ship products.”

Tech is also helping to look after people who may need more oversight than is easily achievable with a lack of care staff. He draws on his experience as Chair of McCarthy Stone, a retirement community developer: “Sensors are being placed in apartment floors, on walls, or pendants that use AI monitoring which can help pick up an event and place an automatic call to the children or carers of the resident. It doesn’t replace the carer but acts as another set of eyes and gives the carer more scope to look after additional people. I think there will be a lot more money invested in things to save on labour since we can’t get the labour that we had in the past.”

While there is no one ‘right’ ownership model, he feels private companies can pursue ambitions more nimbly. “Public companies look at long-term business plans because they think they will be on the stock market forever. But with private equity, you can get things done more quickly because the shareholders are sitting in the room.” He chairs businesses in both camps, and reckons undertaking M&A in a public company requires double or treble the timescale as the board liaises with advisers and shareholders.

“The great thing about private equity is all the decision makers sit round the table together, and they add value beyond cash in terms of their knowledge and ability. In a plc, you need specialist advisers to come in and help. Speed is private equity’s great advantage. Apart from that, you can do well with either model.”

Reducing the use of energy in businesses and homes will be absolutely key going forward. “Anything for housing which reduces traditional energy use and maximises green energy will be huge.” Paul stresses this added stress to the grid of ever-more electric vehicles in demand. “Builders will be under pressure to build more sustainable homes in the approach to 2050 – it’s a tough goal, but it creates opportunities.”

His Chairship of Marley from 2020-2022 saw the business buy a solar panel maker in 2021. It was one of many sustainability focuses the firm had during his tenure and ownership by Inflexion Private Equity, during which time Marley reduced its carbon emissions intensity by a third. “Sustainability is on the agenda of every business I’m involved in. It is the right and sensible thing to do for the planet, as well as a big business opportunity.”

The Inflexion team has significant experience in supporting the growth of a broad range of companies within the Industrials sector, with current investments including Aspen Pumps, Astrak, Enviolo and Xtrac and having recently exited Huws Gray and Marley after delivering significant growth. All have access to Inflexion’s value acceleration levers of M&A, international expansion, digital enhancement, talent development, commercial strategy, sustainability focus and access to Inflexion’s global network. 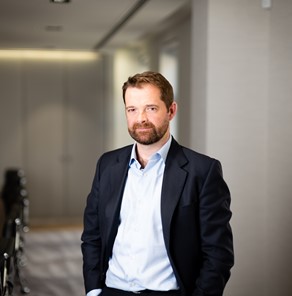 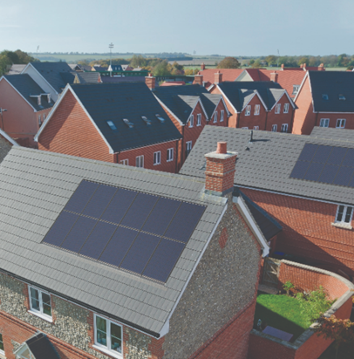 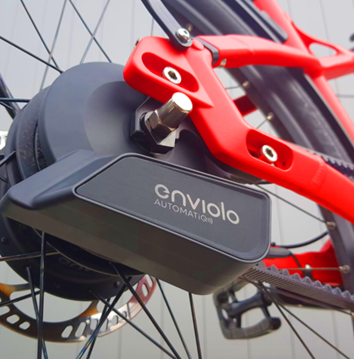 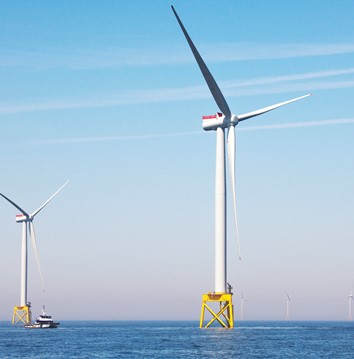