Getting from products to profits with pricing

Investing lots into research and development doesn’t guarantee commercial success of new products – it’s critical to understand your target customer and then segmenting, presenting and pricing your proposition in the right way. Inflexion hosted an event to discuss this important aspect of business success with its portfolio.

New product development can be as exciting as it is important. Enthusiastic and collaborative brainstorming, ideally based on solid research, informs product leaders’ direction in their quest for fresh revenue streams. With a new product launch comes renewed hope that it will contribute to a sizeable bump in profits.

Alas, this well-trod path is often as energising as it is unsuccessful: research from strategy and marketing consultants Simon Kucher & Partners suggests nearly three quarters (72%) of new product launches do not achieve profit targets. This figure is particularly shocking if you consider the vast sums that businesses pump into innovation: $1.7trn was invested into R&D in one year alone, with some big spenders earmarking up to a tenth of their turnover in this space.

So what’s going wrong? There are a number of mistakes firms make when launching new offerings. James Brown of SKP points to a number of these and it mostly boils down to not considering what customers will actually buy, whether out of need or want.

“Many firms may overengineer something or try and push out the wrong features at great cost,” he says, pointing to Amazon’s Fire Phone, which debuted as one of the market’s first smart phones but whose features did more to show-off Amazon’s capabilities than it did to genuinely impress users. It ultimately resulted in a $170m inventory write-down for Amazon.

Other innovations may be ahead of their time. Kodak for example invented the first self-contained digital camera in the mid 1970s, (weighing in at a hefty eight pounds), but waited two decades to bring one to market, and even then it didn’t take the product seriously until 2001. This mothballing may have contributed to the erstwhile photography giant declaring bankruptcy in 2012.

Some products may be undervalued, with suppliers failing to appreciate the value of a product. James calls this ‘minivation’ and points to Park Assist, an OEM which was selling its parking assistance technology to vehicle makers for around one sixth what they went on to sell it for.

Finally, he points to the Segway, an invention which failed on its much-hyped promise to change the world in 2001, selling just 30,000 in six years against its target of 50,000 units in its first 12 months. “In hindsight, you look at some inventions and say ‘why would we have done that?’ Some innovations are born to fail.”

SKP’s Xi Bing Ang says there are a number of simple but important things to think through commercially when innovating.

You really need to have the 'willingness to pay' talk early. Many spend too much time on engineering features, but put off the big question – are customers willing to pay for it, and how much? By the time they ask, the investment cost is sunk.

This is the first of a number of steps the firm recommends companies take. Another is the need to segment the product for different users. Says Xi Bing, “One size fits none. Some customers rate performance, for others it’s about price, and some prioritise quality or speed of delivery.”

Among his suggestions are the fact that how you charge can trump how much you charge. “Think about scaling how you charge with the customer’s growth or usage.” It’s also about how the product and pricing is communicated – or more precisely, the value. “Articulating benefits rather than technical features can help with conversion,” he explains, adding that doing so makes it more relevant and therefore valuable to customers. One client SKP worked with saw this change in style lead to double-digit growth in conversion and revenue.

It’s clear that getting the right product out is only part of the journey – ensuring its commercial success requires knowing customers and tailoring the offering to their needs and willingness to pay.

All Inflexion portfolio companies have access to the firm’s value acceleration strategies. Chambers and Partners embarked on a journey to develop new propositions last year with the support of Inflexion’s team.

As the world’s leading provider of legal research and analysis, Chambers has to draw a fine line between integrity and revenue. “Our rankings are our most valuable asset, but we don’t monetise them; it’s intentional as we aim to be impartial and not pay-to-play,” says Jemma Hodson, Strategy and Transformation Director.

With other revenue drivers under its belt, the firm set out to rethink its product mix, realising its brand equated to valuable customer loyalty. “Like-for-like price increases can drive great growth but have natural limitations,” Jemma explains, adding that this tactic cannot be sustained without significant enhancement to the offering. What you charge has to align with the value you deliver to customers.

In early 2021 Chambers embarked on a process to re-set its product strategy. The firm now has a good plan of what they want to target, including moving from one-size fits all proposition to a more segmented one. This is important in getting the pricing right, as Chambers’ Chief Product Officer Simon Jaffery-Reed explains: “Get to know your customers’ problems and needs, and envision how they will benefit over time. Start with your ideal client journey and then layer on migration.” He says this will take time but should pay off in the long term.

Jemma points to the key lesson learned as shifting the conversation to be very fact-based, using customer interviews and a market surveys to determine Chambers’ position and what the market thinks of them to inform what they can offer and charge. The old adage ‘numbers don’t lie’ rings true here, and Chambers used this data-led insight to build stakeholder consensus. “We have a lot of paths for growth and the challenge was prioritising that and getting everyone on board with the chosen route.” 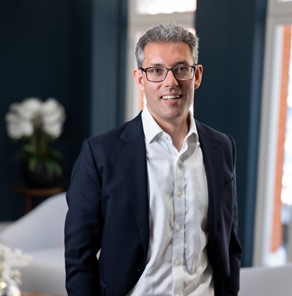 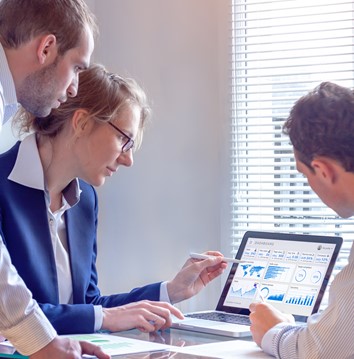 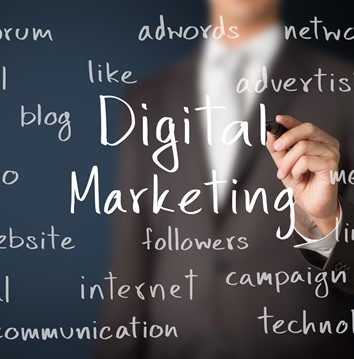