Corporate partnerships and carve-outs: perseverance and experience are key to success

Partnerships and carve-outs can be tricky. But careful execution combined with enduring ambition can be a recipe for success.

Patient perseverance is required to alchemise a promising division by extricating it from a larger entity. Inflexion knows this very well, announcing five carve-out transactions in the last year alone, including a minority partnership with a FTSE 100 company:

A re-investment into an existing carve-out: British Engineering Services

The successful exit of a five-year partnership: Kynetec

In April 2021, we partnered with FTSE 100 business Informa PLC to bring together two complementary businesses: Informa Financial Intelligence’s Financial Benchmarking & Omnichannel Experience (FBX) business and Novantas Inc, a financial data services company. The complex deal meant experience in the art of carve-outs would be a great advantage, and Informa were drawn to Inflexion’s track record in the space. Additionally, our expertise in scaling data businesses as well as a US presence meant we were very well placed to partner with the corporate for this.

The carve-out and subsequent integration is expected to create a market leading financial data and technology provider. Inflexion’s flexible Partnership Capital solution has enabled Informa to retain a majority stake in the combined business as they grow the new entity alongside Inflexion and Novantas.

Digital is a key growth pillar for Inflexion, so partnering with a company in that space should be a recipe for success. Digital Wholesale Solutions (“DWS”) is a high growth software platform business providing IT, communications and cloud products and services on a wholesale basis to over 6,000 UK partners, from vendors including Vodafone, O2, BT/EE, Microsoft, and Virgin Media Business. In March this year, Inflexion provided a minority investment from its partnership capital fund to support DWS’s demerger from its parent Daisy Group. With the founder and management shareholders reinvesting 90% of proceeds, both Inflexion and ongoing management are big believers of its future success.

Drawing on its experience in carve-outs as well as healthcare, Inflexion supported the carve-out of Rosemont Pharmaceuticals in June 2020. The UK’s leading liquid pharmaceuticals business has grown 25% since the June 2020 buyout, and is on track to transition all its services away from its former parent within 12 months of closing as a result of working diligently with Inflexion’s digital team. The firm also has plans for the £10 million development of R&D labs in Leeds as well as intentions to enter the US market. Rosemont, which boasted a portfolio of over 130 oral liquid medicines at the time of the carve-out, has gone on to license 33 new products since partnering with Inflexion, and two major acquisitions are in process to enhance the firm’s reach and offering further. The growth has been supported by an enhanced leadership team, with a Chief Commercial Officer, CFO and Chief Scientific Officer all recruited since last June.

Most recently, Inflexion re-invested in British Engineering Services ("BES"), a carve-out we facilitated over five years ago and after which supported its development into a unique asset of scale in its market. Inflexion led the carve-out of the provider of premium quality engineering testing, inspection and consultancy services from RSA plc in October 2015. Inflexion then supported significant investment into various areas of the business including building a fully integrated back office, strengthening the team, and developing its technology. Management also worked with Inflexion’s digital team to create a best-in-class tech-enabled service, while a number of acquisitions expanded BES’s offering, with two undertaken in the last three months of 2020.

Convinced the business had further to go with Inflexion’s backing, we re-invested in the company earlier this year to support its continued growth.

On paper, it took half a decade of meticulous growth to develop Kynetec into the global leader in agricultural and animal health market research, data and insights. In fact, it was closer to six years, according to Mark Williams, Partner at Inflexion, which led Kynetec’s carve-out in 2016. “We identified the sector, then spent time finding Kynetec, and then spent five months speaking with parent GfK about how it could work.” Much of this involved convincing GfK of Inflexion’s carve-out credentials, which would be very significant given the complexity of the eventual deal: 28 entities were required to affect it, spanning multiple jurisdictions. Mark attests to the significance of Inflexion’s international presence. “We had to host six people in a Brazilian office on the day of completion, we needed to set up an entity in China, we had to mine the Indian market for farm data.” Certainly not for the faint-hearted.

The carve-out was signed in May 2016 – but effectively that is when they commenced building the business from scratch. “We had the assets and pieces of the business, but no numbers for the first three months and had to build an ERP from scratch. We had five months to prepare and then on day one it all had to work. It wasn’t easy,” Mark recalls. The next year was more blood, sweat and tears because carve-outs “never go to plan”. He estimates it took half a year of preparation and planning and then another year post to get it going.

That thorough diligence at the outset helped foster conviction around the numbers and management, while Inflexion’s experience meant they were patient.

We are sensible. We know carve-outs are difficult and won’t go to plan and we are prepared to live with that.

Showing a real appetite for growth, the firm announced its first acquisition just six months after the initial deal – in the middle of its carve-out – with the purchase of the agriculture and animal health business of Ipsos North America in October 2016. “We immediately forged ahead with acquisitions while pushing on with the carve-out,” Mark explains. The team was brought on board, the firms integrated, and then Kynetec focused on its international growth, predominantly in the US. It was to be the first of five, including the transformational acquisition of long-time rival Kleffmann Group.

A careful combination of organic and acquisitive growth in the five years following the carve-out propelled Kynetec to triple its revenues and nearly triple headcount during the partnership.

There is no clear recipe for success; rather each business will have its own success story based on its unique growth plans. What resonates with all is the need for a defined vision, ambition and an experienced partner to execute with, and shared perseverance to see it through. 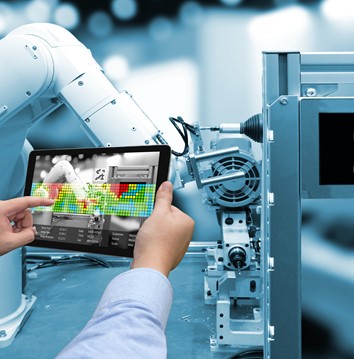 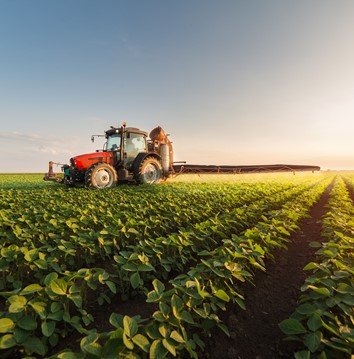 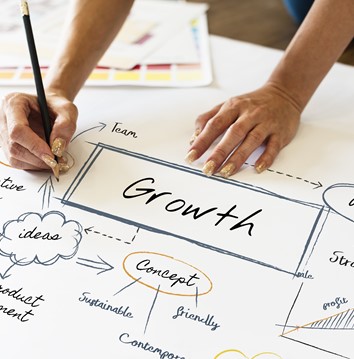