Optimising data to optimise your company

With 30 years of successful growth behind it and a strong reputation for excellent customer service and products, Xtrac had a bright future. But its lack of Integrated Business Planning was holding it back, explains CIO Neil Randon.

A world leader in creating high-performance transmissions for the motorsport and automotive industry for over three decades, a buyout backed by Inflexion in September 2017 meant Xtrac were looking to accelerate growth by professionalising the business planning process. Optimising the company’s data and systems would be a key part of this. The business processes, operating practices and level of integration which had served the company well in the past and helped position Xtrac as the leading supplier in its market were no longer sufficient to serve the company’s future growth objectives.

“Most of the business processes were not integrated, they were based upon incomplete data, process discipline was lacking and there was enthusiastic and well intended but essentially ‘bad’ behaviour resulting in conflict throughout the business,” explains CIO Neil Randon. Some areas had insufficient accountability and were lacking adequate KPIs.

The business processes, operating practices and level of integration which had served the company well in the past and helped position Xtrac as the leading supplier in its market were no longer sufficient to serve the company’s future growth objectives.

On top of all of this, there was little formal integrated business planning. IBP (a modern development of the S&OP approach) is essentially a process to balance unconstrained demand with enough visibility to enable the supply part of the business to deliver.

It was the perfect storm.

Fix it, though it’s not broken

The Leadership at Xtrac knew it would be a challenge to rectify since, despite all of this, Xtrac had been and still were successful and growing year on year. Xtrac engaged the services of Dave Manning of DM Integration, who concluded the firm had been successful despite their processes and behaviours rather than because of them.

Aware that the current method of operating would not support Xtrac’s ambitious growth plans, in September 2018 the Leadership Team made the decision to develop and implement an IBP process. A series of education and design workshops were conducted with strong leadership from the CEO himself and a compressed programme through Q4 2018 resulted in the first IBP monthly cycle happening in February 2019. An IBP team was created from within the business to oversee and facilitate each step as well as the overall process.

In parallel, they recognised the need for reliable data and ‘information’ with the aim of achieving ‘one version of the truth’.

“We were planning to upgrade our ERP, but the problem wasn’t software. IBP is very data and KPI driven and we knew we had too many spreadsheets with multiple interpretations of the same data from many different systems and sources. Everyone had their own version of the numbers.”

Neil developed a Data Warehouse strategy with a specific goal of supporting IBP and creating one set of numbers that the whole business could get behind.

“We took some external advice and built a copy of our systems in the cloud, which took only around a week, it was really quick to get started. We got it all set up in the background using external partners Minoro Data for the plumbing (the commodity IT) but internally managed the value-adding business analysis.”

Supported by the data warehouse analysis, and a significant effort to reconcile and validate the data, Xtrac are now driving their business growth via IBP using the Data Warehouse as the one key source of information.

Since that first cycle in February 2019, the process has continued to develop, providing better visibility on long-term business issues. It has also significantly improved the integration of the business functions with a much reduced ‘silo’ mentality and better integration between functions.

IBP is the biggest step change that this business has experienced in a long time. It is now the primary business management process powered by a single version of the truth.

In the areas where there were problems, tangible benefits are being seen. Customer service, which Xtrac’s reputation was built on, is further improving and under much greater control; the inventory is more balanced; and the reduced firefighting has helped the Commercial Team, which has been enabled to fulfill the key strategic objectives of business growth by delivering customers' needs with the right products on time.

CEO Adrian Moore later said of the process: “IBP is the biggest step change that this business has experienced in a long time. It is now the primary business management process powered by a single version of the truth.” 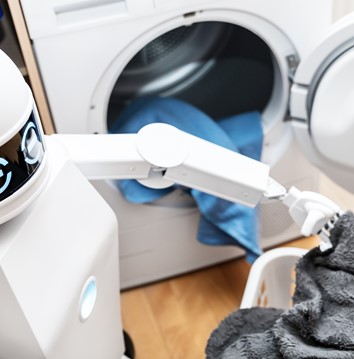