Insurance expert Ian Clark speaks with Inflexion Private Equity about private equity interest in the insurance sector and some of the challenges ahead.

We have seen a number of deals into the insurance sector over the years. Why are private equity firms keen on this sector?

Most activity we have seen in this space has been in the broking arena. This sector is attractive and has been for some time because it has all the attributes private equity houses are looking for: a large number of companies, a fragmented market, low regulatory capital requirements and strong cashflow. The insurance broking sector has a history of success with buy-and-build strategies.

However not all opportunities in the sector are the same: we’ve seen a number of buy-andbuild plays, distressed acquirers and people seeking multiple arbitrage. So it is important to consider what you are looking for.

Buy-and-build has been a strong part of the UK insurance broking landscape, where we have seen roughly 15 years of brokerage consolidation and a number of success stories here. In this space, a platform can be acquired for a 7-9x multiple, with a number of smaller businesses added at 4-5x multiples. If integrated properly, these can command strong multiples at exit of 12-14x. We have seen evidence of integration being tricky, but advances in technology and software are helping to smooth that process over.

MGAs are trickier than brokers. They must be niche to survive, as otherwise they may be deemed ‘just another mouth to feed’. Insurers will prefer their direct and broker channels and in a hardening market that will put pressure on MGA capacity. By specialising, MGAs can operate in a less competitive environment where insurers may not wish to build distribution themselves.

It is also preferable for MGAs to earn a high proportion of their income as up-front commissions rather than profit commissions, as the latter can be volatile. If you can combine this with rated capacity and proven growth throughout the economic cycles, you have a good chance of achieving the scale needed for the MGA to have value to potential buyers in the future.

By specialising, MGAs can operate in a less competitive environment where insurers may not wish to build distribution themselves.

How are insurers faring in today’s environment?

It is fairly quiet in the insurer area as regards private equity investments. There had been a lot of noise around Solvency II, however this was only ever really a problem if an insurer was undercapitalised in the first place, for example if insurers were off-shore in an effort to secure capital arbitrage.

We’ve seen a number of collapses of businesses which had similar models: they were operating overseas where regulators weren’t always strong but underwriting into the UK, and often did so to avoid higher capital adequacy ratios; they had no ratings as they were undercapitalised; they were often acting as fronting vehicles or were high users of quota share reinsurance and they had poor technical capabilities. This led to them failing – and it hasn’t yet ended.

The winners in the insurer community going forward will be those with modern systems and good analytical capabilities so that they can trade effectively with customers.

Insurers will face headwinds: Brexit will make it costly as players set up in Europe, and the cost of doing business in London is far too high. Insurers must also guard against the increasing threat of paying out for cyber attacks as these become more prevalent. Finally, insurers should also look closely at their liability claims reserves as the old maxim of “bad underwriting years invariably get worse” usually holds up.

The winners in the insurer community going forward will be those with modern systems and good analytical capabilities so that they can trade effectively with customers down to the diversity there.

Risky business: The allure of the insurance businesses

Ian Clark has advised the insurance broking sector for over 30 years. Today he runs Mighty Quin Consulting Limited, a strategic consultant to the insurance industry. He holds a number of directorships: Pioneer Underwriters, an international specialty MGA; Sabre, a UK listed motor insurer; Broker Network, the UK’s largest network of brokers. He is also an investor in a number of start-up insurance businesses. 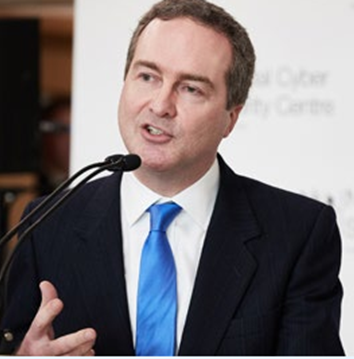 The power of networks

Analytics: Helping you to help your customer