Across the pond: local US support

We’ve been helping our portfolio companies to get closer to far-away places for over a decade and they now sell into 160 countries. With a dedicated international team dotted around strategic markets, we can bring invaluable expertise and connections to help source people, partners and customers. In particular, our portfolio benefits from an on-the-ground presence in the US.

“Land of the free” is a term that belies the immense commercial opportunity which awaits businesses that expand into North America. This  market of over 580 million people remains a large opportunity despite the current global uncertainty due to COVID-19 and in the US around the November election.

We’ve seen the benefits of this first-hand, as we have supported a large number of our portfolio to expand across the pond. Much of this has been organic:

In 2019 we opened an office in Boston to ensure our portfolio has an on-the-ground presence available to help with such initiatives.

This presence is smoothing the way for our current portfolio companies to venture into the North American market. For example, Lintbells, the UK’s leading pet nutritional supplement business, has been accelerating its US entry over the last couple of months. The firm partnered with Inflexion in late 2017, when it had only a nascent international presence. The firm hired two experienced professionals in the US, and secured TV advertising to boost its brand awareness at a substantially reduced rate.  Such moves may have been out of reach from Lintbells’ Stevenage headquarters, but the financial firepower of PE backing combined with Inflexion’s US office and global network supported these strategic developments.

Despite uncertainty, inflexion remains busy supporting acquisitions in North America. Expanding geographically through acquisition can be an effective way of accessing new clients and customers, staff and reach, with M&A a key lever of our value-acceleration strategy. We’ve supported 260 acquisitions for our portfolio in 19 different countries.

A recent example of the transformational impact thoughtful M&A can have on a business can be found in Alcumus. Founded in 1979, the compliance risk management and certification business partnered with Inflexion in 2015 and just nine weeks later undertook the £47 million acquisition of Santia, helping it to increase its share of a fragmented market. Then last year the enlarged group made its way across the Atlantic with the acquisition of eCompliance.

Already helping over a third of the FTSE 100 “to become safer, healthier and stronger” through Alcumus’s suite of risk management tools, its sights were set across the pond, and in 2019 the firm hit land when it made a £25 million majority investment in eCompliance, a Canada-based workplace safety SaaS business. Alcumus further boosted its trans-Atlantic strength during lockdown, with a double acquisition announced in summer 2020 with the investments into UK-based Banyard Solutions and Toronto-based ContractorCheck. Inflexion is now working with Alcumus to support it to build its presence across North America further.

Sometimes international growth can lead to the firm actually relocating its headquarters, often to better serve its client base. For example Avantus, which we backed in 2015, has since moved its headquarters to California and made a US acquisition, with more being sought out.

Another example is Halo. Today it is the world’s leading third-party optical transceivers business, but it hasn’t always been the case. Inflexion initially backed the UK business ProLabs in mid-2017, and later that year supported the transformational acquisition of AddOn Computer Peripherals in the US. Today the firms continue to use their existing brands, but operate under the California-headquartered Halo umbrella, providing impressive scale and complementary customer bases, product offerings and geographic focus from supply facilities and sales offices in the US, Europe and Asia. Following the transformational merger, AddOn’s industry-leading systems and processes were rolled out across the UK facilities of ProLabs. The firm is now the clear global leader in a $6 billion market.

It’s clear that for many firms, international expansion is a very effective way to accelerate growth.

Inflexion’s in-country experts help to facilitate this, with their on-the-ground presence particularly key in a time when travel is very difficult. North America spans a large geographic space, and so our Boston office can help make that seem a bit less far away.

The appointment of Whit Bower in 2019 gives Inflexion-backed businesses direct access to experienced, senior North American professionals with an established network. Whit can offer local insight and direct access to the North American market, assisting with local contacts, M&A and broader business development. “International expansion is something many high-growth businesses set their sights on, and many undertake this successfully.  Whether looking to do so organically or acquisitively, having local professionals on side to help smooth the way can help. From assisting with the admin to identifying prospective clients or even acquisition targets, we are constantly looking for ways to improve the portfolio’s prospects in North America.” 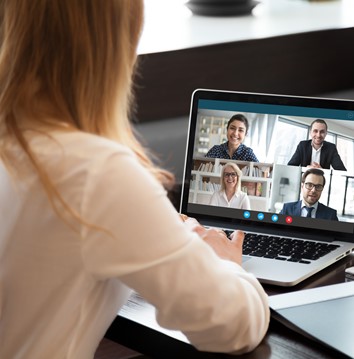